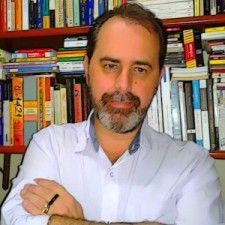 The term social and economic development makes sense only from the universalization of some social gains, such as lower infant mortality rates, quality universal education, promoting compatible, income distribution, making the market dynamic and, above all, fomenting actions to protect the environment against “aggression” imposed by economic and industrial activity.

To achieve these and other social, economic and ecological goals, it is urgent that quality education be promoted, for the developing of research in crucial areas of knowledge, prioritizing science and technology, generating good jobs which involve in return a fair distribution of income, including the excluded, seeking to achieve standards of sustainability, prioritizing people, not goods, enhancing the human and natural capital, not the physical capital.

Without generalizing these assumptions, nothing advances, except the rates of poverty and chronic poverty and environmental degradation, sponsored by the demands of a consumer market that requires more and more production. It is the social and ecological which must be above the economic. It’s the economy that should serve people, and not vice versa.

In other words, what is intended here is to say that it is of no use, for example, occupying the sixth position in the world ranking of automobile producers if we (Brazil) do not improve the roads and highways for they require (we have a roadways network of over 1.7 million kilometer, but only 170,000 km are paved).

It is of no use being the fourth country that sells the most cars worldwide (3.5 million in 2010 alone); the largest steel producer in Latin America, having the 3rd largest fleet of aircraft in the world (more than 11,000 aircraft and 32,000 active pilots) if, absurdly, 1/3 (over 30%) of our homes still do not have access to plumbing (sewers) and drinking water.

It is of no use to economically on the one hand, if on the other, of every thousand children born, 14 die before they are 1 year old. It is of no useselling airplanes of enviable quality to foreign markets, when 43 million tons of garbage produced in the country every year are unable to be properly handled and disposed of..

Despite the advances on the social side – and they were many – especially those that account for life expectancy – today it is 75 years compared to 31 years on record in 1900 – plus the increase in per capita income and the possibility of constructing a large mass market consumption, the hard fact is that it is necessary to promote economic development rates, combined with the physical growth of the economy, which will turn into substantial improvement for the needy.

We know, however, that growth for only growth’s sake does not make sense; even cancer cells act like that. What we need to do is to make the economy grow, but grow with quality, recovering action on behalf of the needy, giving them opportunities for continuous improvement.

This is the true type of growth/development that matters. The economy, as a science and production activity has this duty; incidentally, it was born while being a systematic body of knowledge, to do just that: to better the lives of the needy.

So we always need a social and human economy, not a marketing and financial, technical and rebarbative one. We need an economy that is far from the wills dictated by the global financial markets and which approaches the conditions that lead to social and human welfare and well-being.

*Marcus Eduardo de Oliveira is an economist and professor of economics the FAC-FITO and UNIFIEO, in São Paulo, Brazil.