PASTORAL INITIATIVE FOR LIFE AND FOR PEACE (IPAZ)

PASTORAL LETTER TO THE COUNTRY

“Let us unite to put together peace” 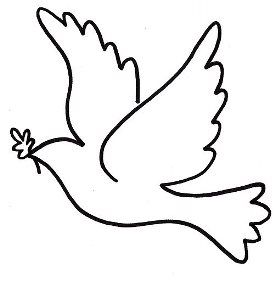 We are the Pastoral Initiative for Life and for Peace (IPAZ), a gathering for unity that is both historic and unprecedented.  We embrace and represent the broadest expression of different and varied Christian Churches of our beloved El Salvador. We are in solidarity with our people, who are suffering from the scourge of crime in every form, a people whose blood is being shed by their own kin.  This crime and violence have reached uncontrollable proportions, and we are living out an affront to God, who is the Father of all.

The causes of this crime wave are impregnated and undenounced in our society, the rotten roots of the structural violence that our nation suffers: extreme poverty, the enormous rate of unemployment, the high cost of living, the lack of equality of opportunity, idleness and vice among our youth, and systemic corruption that holds sway from the intimacy of our homes to our national public life, which is itself a reflection of the reality of our homes.

As a people we have become hardened and indifferent, insensitive to a reality that is eating away at the structural base of our society like a cáncer.  When families cease to have a purpose and lose their ability to protect their own, the result are these mass migrations of those family members who are the most vulnerable, the smallest, those who have no voice.  Hoping to catch their dreams, the children flee from the land of their birth, because we were not able to offer them a viable alternative.  We are witnessing the humanitarian tragedy that our children are suffering on the borders of the USA.  Their only sin was to pay attention to the siren songs that offered a better future, a dream that their own country has denied them, and now they are victims of the ravening wolves who profit from their weakness.

This massive and growing emigration of our children is a First great warning sign:  “We have to do things in a different way before it is too late.”

God says: “If you want to enjoy life and wish to see good times . . . You must turn away from evil and do good; you must strive for peace with all your heart.”  (1 Peter 3:10ª, 11 TEV) Externally, we pride ourselves on being a Christian people and very religious, but internally our hearts are very far from God. We have been tolerant of oppression and injustice.  This is why a future of “good times” cannot come easily to us.

In light of this reality we issue a call to all the sectors of our national life to engage in an urgent and unpostponable dialogue—a dialogue that must be both broad and sincere—to seek a resolution to the three main problems that affect us:  the lack of security, the lack of employment, and the lack of equality of opportunity for all.

Taking into account what is written that “There is nothing in us that allows us to claim that we are capable of doing this work; the capacity we have comes from God,” (2 Corinthians 3:5)  we offer the following exhortation in love:

To the three branches of the government:  The lack of a national pacification accord between the Executive, Legislative, and Judicial branches of the government and the resultant lack of a joint response to the issue of structural violence under which we live translates into a higher body count on a daily basis.  Violence and lack of security the greatest and most pressing concern of the majority of our population.  At IPAZ we believe that alleviating this reality of fear and anxiety is the top priority of the Salvadorean government.  The branches of the national government cannot allow themselves to be distracted by other agendas that don’t address this emergency situation that all of us are enduring.  Our call is for united action on the government’s part to face this great national concern.   As IPAZ we wish to declare that we consider that our task in putting together peace goes further than simply cooperating with you as the government.  Our task as Christians is to continue to struggle against the forces that cause death and misery.  You are responsible to maintain security and a peaceful order in the country.  Out of a desire to serve together and to make a significant contribution towards together paving a way of peace for the country, we have offered you a Proposal for a Dialogue leading to Pacification.  We are still awaiting a response to this Proposal.

To the Gangs we say that those you are killing are your owns brothers and sisters.  You are children of God—don’t allow yourselves to be dominated and conquered by the designs of the Evil One.  Your extortion is undermining the potential of the country to emerge from poverty.  Our Father God says that to take away the sustenance of the poor is the same as shedding his or her blood (Ecclesiasticus 34:20-22). We call on you not to fall in the trap of the enemies of peace.  You have shown that you are aware of the great harm that you have caused society, but you have also asked forgiveness and have publicly given your word that you are willing to be part of the solution.  Despite the current situation, we encourage you to keep the pacification agreement to which you committed yourselves.

To the business community  we ask you to bet on the country and its development.  You cannot continue to act selfishly and hide yourselves behind ideological excuses and dogmas in order to avoid doing the right thing.  Be good stewards of the resources that God has entrusted to you.  Your role is to generate wealth for the nation as a whole as well as for yourselves.  You are the architects of wellbeing so build for everyone.  If you do not, you will be held responsible by God of annihilating the dreams and aspirations of thousands who cannot get ahead without your leadership.

To the political parties,  We say that the next elections cannot be more important tan the effort to achieve agreements for the pacification of the country.  At this time the best sons and daughters of our long-suffering country are being sacrificed.  Do not fall in the temptation of seeking merely electoral victory—a victory that will lead only to corruption, the purchase of peoples’ wills, and the impoverishing perversion of the conscience of the citizenry.  Don’t yield to the electoral temptation; offer proposals that are free of politicking, and will enable the population to recover its lost confidence in political institutions, and especially in public servants.  Offer an example of cordiality and discretion that fits our current situation.  You must sacrificially decide whether to win the next election or lose the entire country to violence.

To the National Civil Police: As churches we recognize and value the corageous and honorable work of the police force, especially when it is carried out with professionalism and a firm respect for human rights.  The National Civil Police is one of the beautiful results of the Peace Accords.  As a country we all together face the challenge of building peace and stopping the inhuman violence that we are currently suffering.  We invite you to take a leading role in bringing about this longed-for peace.  You are also to be legitimate mediators in the dialogue for peace.  We in the churches pray that a noble and peace-loving spirit would infuse the soul of each man and woman who serve in our national police force, such that your hearts and your minds will lead you to always act for peace and for the defense of life, which the God of infinite grace gives equally to all.

Finally to all the churches:

The message of God seeks our prompt reconciliation.  To the churches themselves, as God’s legitimate ambassadors, has been given the ministry of offering to all people of good will a loving word of reconciliation (2 Corinthians 5:18).  The churches cannot continue being a cloistered people of God.  The streets have become violent because the churches have abandoned the streets.  Jesus was not in the temples.  He walked into cities, towns, and villages.  Jesus launched the announcement of the good news of the Kingdom of God from where the excluded were:  the poor, slaves, women, children, lepers, prostitutes, criminals, tax collectors, and gentiles.  We must recover a radical commitment to evangelism, even at the cost of life itself.

This our message is a call to the entire nation.  It is not a time to seek scapegoats; it is time to join together and to walk the path of peace, having as our standard the love of Christ and the truth that will set us free.

It is the time for sincere DIALOGUE and UNDERSTANDING and not for short-sighted and selfish actions.  This land belongs to all.  It is our duty to beautify it and to prosper it for the future generations that are growing and developing.

May God bless Cuscatlán, “The Land of marvels.”

A new El Salvador is posible in Jesus of Nazareth.