The first meeting of the Community of Latin American and Caribbean State’s (CELAC) working group on gender equality and women ended in San Salvador on Friday, August 22. The regional summit, “Promoting Equity, Equality and Empowerment of Women’s Lives in the New Development Agenda Post 2015″, opened on Thursday at El Salvador’s Foreign Relations Ministry.

The group analyzed the commitments expressed in the plan that were adopted in Havana, Cuba in January at the II CELAC Summit. At the event’s inauguration, the Foreign Minister Hugo Martinez recognized the importance of this opportunity to reflect on the advancement of gender equality and women’s participation. He also mentioned the importance of building societies that consolidate spaces promoting these values.

Martinez also advised that the CELAC should work on the existing challenges and goals laid out by the United Nations Millennium Development Goals for women and children.

In the framework of the bi-regional relationship CELAC-EU, the launch of the Dialogue on Gender, took place between 27 and 29 November in Buenos Aires.

The days following were dedicated to technical workshops on violence against women and femicide carried out by experts from both regions.

Bettina Trueb, manager of Explore Programme, represented the EU-LAC Foundation during the three-day event, with a presentation during the opening of the workshops. Dr. Trueb stressed that the topic of gender is one key feature for equipping the bi-regional relationship with a truly strategic ethos, “Achieving gender equality is sine qua non for societies in both regions to address the future, and thus we should work together towards this end. (…) The participation of women in the labour market, in politics, and the fact that they can participate in society without fearing for their security are key pillars for sustainable development and for the economic success of our societies”.

Great potential for the exchange of experiences and best practices

Dr. Trueb concluded by underlining that there is a wealth of positive experiences and initiatives in countries from both regions with great potential for the exchange of experiences and best practices.

The EU-LAC Foundation, in coordination with institutions from both regions, has foreseen in its work programme, supporting the bi-regional process in the theme of Gender.

The theme of Gender, was introduced in the EU-CELAC Action Plan 2013-2015 in the last Summit of Heads of State and Government. It focused on three dimensions: political participation of women, violence against women, and economic empowerment of women.

Gender
The main objective is to prioritize the gender issue in the context of bi-regional relations and underscore the political will in both regions to guarantee gender equality and the protection, exercise and promotion of women’s rights, including i) Political participation of women; ii) Elimination of all forms of violence against women and girls, including sexual violence; and iii) Economic empowerment of women and their participation in the world of work and in all decision-making processes. 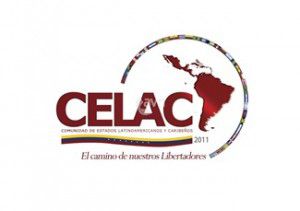