The Archbishop of Caracas demanded Wednesday that the Our Father be respected, after the Venezuelan government presented a prayer to the country’s late president, Hugo Chavez, which is a parody of the Lord’s Prayer.

“In recent days a new version of Christianity’s most universal prayer, the ‘Our Father,’ has been made known. In it, the prayer is addressed to deceased President Chavez instead of to God our Heavenly Father,” Cardinal Jorge Urosa Savino said Sept. 3.

“Whoever says this new and inappropriate version of the Our Father adhering to the literal text is committing the sin of idolatry, by attributing to a human person qualities and actions that are proper to God,” he warned.

During a Sept. 1 meeting of the United Socialist Party of Venezuela, the government presented the “delegate’s prayer,” a manipulation of the Our Father renamed “Our Chavez,” to pray for the intercession of the deceased leader.

Cardinal Urosa noted that the Our Father was taught by Christ himself in the Sermon on the Mount, “and therefore is untouchable.”

“Just as no one would be allowed to change the words of the national anthem in order to honor somebody, neither is it licit to change the Our Father or any other Christian prayer, such as the Creed. The Catholic religious symbols, prayers, and elements must be respected,” he stated.

The parody of the Our Father addressed to Chavez reads: “Our Chavez, who art in heaven, the earth, the sea, and we, delegates, hallowed be thy name. Thy legacy come, so we can spread it to people here and elsewhere. Give us this day light to guide us. Lead us not into the temptation of capitalism, deliver us from the evil of oligarchy, like the crime of contraband, because ours is the homeland, peace, and life. Forever and ever. Amen. Viva Chavez!”

While acknowledging the respect many Venezuelans have for the late president, Cardinal Urosa emphasized that “it is essential to remember that the Our Father is part of the sacred patrimony of the Catholic Church and of all Christian churches throughout the world. It is not licit to modify it, manipulate it, or use it as a tool. We Catholics demand that the Our Father be respected.”

Cardinal Urosa therefore called on the government and on the Venezuelan Socialist Party not to publicize the prayer, “so that there isn’t another reason for division among the Venezuelan people.”

He concluded his statement invoking the protection of the country’s patroness, Our Lady of Coromoto, and inviting all Venezuelans to join together “around Jesus Christ, true God and true man, to recite the real Our Father and pray to God for peace and harmony in our beloved Venezuela.”

Archbishop Roberto Luckert Leon of Coro told Union Radio that the parody is “an abuse, and a manifestation of mediocrity and lack of creativity in making a prayer.” 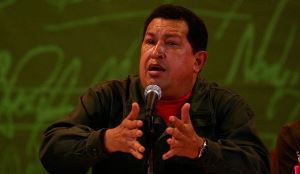