Not only are we on Earth; we are the Earth. 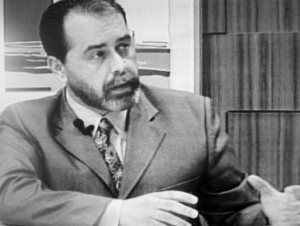 We have an intimate relationship with the Earth and together with all living organisms, we belong to the same place on the same level. Not surprisingly, there is the same basic alphabet common to all, from the amoebae to viruses, from fish to birds, from animals to humans, we are all made up of 20 amino acids and four nucleic acids (adenine, guanine, thymine and cytosine); it is only a difference of combination of syllables that constitute the alphabet. Our relationship with the Earth is implicit in the peculiar coexistence with biodiversity.

We live closely with the various forms of biodiversity of viruses, bacteria, protozoans, plants and animals. Our body maintains more than 100 trillion cells sharing atoms with all that is around us, praising the exuberance of life. We are all, in other words, part of the universe; this is why we are not only on Earth, but we are the earth in its fullness.

Our close relationship with biodiversity shows that, not by chance, in the body of every human being there is about 71% water (the same percentage that is on the Earth), our rate of salinization of blood (3.4%) is the same as the seas. Just 60% of our body is oxygen. If we include the carbon, hydrogen and nitrogen existing in our body, then we have 95% of the total mass of human beings. Of the 92 chemical elements existing in nature, 17 regulate the process of life.

It is this rich manifestation of nature that we live close together with. Leonardo Boff, in “Option Earth” (ed. Record, 2009, 222 pp) reports that, according to studies, it is estimated that there are 5,000 kinds of bacteria, 100 000 species of fungi, 300 000 species of trees, 850 000 species of insects. It is seeking to preserve this rich history of nature that the pursuit of sustainability is presented; it is timely and essential to foster the promotion of balance for the Earth and its ecosystems so that the environment can remain habitable. It is also worth asking, but why this concern in achieving sustainability?

Because the current mode of production, based on the absolute “artificial need” and therefore ability to increase more and more the production of goods and services available to people, has exploited and destroyed the natural bases, the ecological heritage and resources of nature which the physical production of goods is highly dependent on, endangering living conditions. If we stop now, right now, with the whole process of production and consumption, the earth would need a thousand years to recover from the stress caused by the human way of acting.

The most unfortunate effect of this mode of production, which destroys nature so greatly, is the sharp decline of the various life forms, i.e., biodiversity, which we started talking about at the beginning of this article. Due to an overproduction of goods, the current system of capitalist production has destroyed 15 of the 24 essential environmental services to sustain life, such as the regulation of climate, soils, oceans, pollination etc, and is causing ongoing defaunation (a planet without animals).

Only to have a global idea of the extent of this destruction of ecosystems, i.e., the main environmental services, the United Nations (UN), declares, from studies, that up to 2048 we will no longer take any food from the oceans, because the extraction of fish has been much larger than the reproductive capacity. One cannot lose sight of the fact that we are dependent on the environment.

The more we burn fossil fuels (oil, gas, coal), the more we emit carbon dioxide, which warms the planet. That is what is usually called the greenhouse effect. That’s why it should slow the world’s economic output. That is why the pursuit of sustainability is so important, given that this practice requires production levels fall to a lesser extent, thereby promoting the preservation of the environment; and also, provide balance to the Earth.

*Marcus Eduardo de Oliveira, a regular contributor to ALC,is an Economist and Professor of Economics at the FAC-FITO and UNIFIEO in São Paulo. He can be contacted at prof.marcuseduardo@bol.com.br