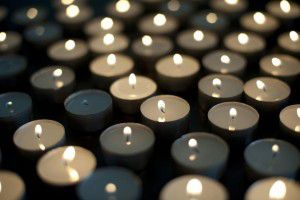 In an open letter addressed to Mexican member churches and their congregations, the general secretary of the Lutheran World Federation (LWF), Rev. Martin Junge, expressed solidarity and offered prayers to the Church and the people of Mexico in light of the recent disappearance and deaths of 43 Mexican college students.

“The details concerning the students’ disappearance and fate are beyond the imaginable” stated Rev. Junge in his letter to the member churches. “The alleged collusion among government forces and organised crime render these barbaric acts unacceptable under any circumstance.”

Since the students’ disappearance, thousands of citizens around the country have taken to the streets in protest, complaining about the government’s handling of the case.

“This whole tragic situation reveals yet another burden that our Latin American societies have been carrying for generations: it is the impunity,” said Rev. Junge. “It engenders violence, it corrodes the parameters that define what is just, and generates negative conditions leading to a situation where brutality and cynicism ends up imposing itself as a way of social interaction. It is this kind of impunity that ultimately speaks to an unimaginable disregard for human life.”

Communicating on the behalf of the global Lutheran communion, Rev. Junge expressed his profound sorrow to Rev. Daniel Trejo Coria, president of the Mexican Lutheran Church in Guadalajara.

“We imagine how this news shocks the Mexican population and how this situation unsettles those who gather to listen to the Word of God and its promise of life in abundance for all.”

Reiterating the need for prayer, Rev. Junge called upon the ILM to seize the opportunity that this difficult situation represents to prophetically announce with words and deeds the intrinsic value of each single human life because of being created at the image of God. “Remote as the concepts of justice and peace may appear in view of the horrendous news that we are receiving today about the dead of the 43 students and the circumstances under which they perished, for us who know about the presence of the Triune God in the midst of this violent and complex world there is always certainty about unexpected Advents even in our crude realities”.