The heat is intense at the headquarters of the 20th meeting of the Conference of the Parties (COP20) to the UN Framework Convention on Climate Change (UNFCCC), which is being held in Lima, Peru. As a foreign correspondent stated, the meeting “is a good example of the greenhouse effect. Is this purposely to increase awareness of global warming?.” 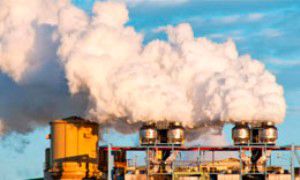 The representatives from 195 countries attending COP20, also known as the climate change summit, will have from Dec. 1 to 12 to prepare the draft of a new agreement to reduce greenhouse gas (GHG) emissions, which cause global warming, and to prevent temperature from rising beyond 2ºC. This agreement would be approved in COP21 to be held in Paris, France, in December of next year.

Although the Kyoto Protocol — the only legally binding instrument in existence signed in 1997 which requires developed countries to reduce their GHG emissions —was extended in 2012 until 2020, some industrialized nations announced that they would not comply with its mandate.

At COP13 in Bali, Indonesia, in 2007, the need was raised for a new binding global agreement to replace the Kyoto Protocol, which expired on Dec. 31, 2012. COP13 approved the Bali Road Map, which established a work program for the post-2012 period. But during COP15 (2009) in Copenhagen, Denmark, the push to make the Kyoto Protocol the framework for a new binding instrument generated resistance from developed countries. Delegates from the 29 countries considered the largest emitters of GHG gathered outside of the official summit and approved the so-called Copenhagen Accord, which admitted the need to drastically reduce global emissions to maintain the increase in global temperature below 2°C. But because it was an informal pact, the Accord had to be discussed at COP16 in Cancún, Mexico, in 2010.

In Cancún, delegates approved agreements that included maintaining the global temperature increase below 2°C but did not agree to concrete measures to reduce GHG. Furthermore, they decided to create a Green Climate Fund, designed to assist developing countries in mitigating and adapting to climate change, for which US$100 billion will be raised by 2020.

At COP17 (2011), in Durban, South Africa, delegates approved a platform that proposed an “enhanced action” that would help reach a new compromise which would include all parties to the UNFCCC, not only the developed countries as in the case of the Kyoto Protocol. At COP18 (2012), in Doha, Qatar, the Kyoto Protocol was extended until 2020, the year by which a new global agreement must be in place. Last year, at COP19, in Warsaw, Poland, there were no major advances in regards to the commitment of developed countries to reduce their GHG emissions or to meet, much less increase, their contributions to the Green Climate Fund.

While much has played out in Lima, experts like Hugo Cabieses, former Vice-Minister of Strategic Development of Natural Resources of the Ministry of Environment, who represented Peru at COP17, consider that “everything has already been negotiated before [the summit] and all that is being discussed now is money matters.”

A European source involved in the negotiations pointed out that the draft to be approved in Lima “must be ambitious and have commitments in addition to being binding and applicable to all countries.” However, “it is possible that the commitments adopted in Paris will be insufficient for what the planet needs,” added the source.

Peruvian non-governmental organizations that participate as representatives of civil society and indigenous peoples at the climate summit stated that there are good signs that delegates will reach an agreement.

Jorge Caillaux, President of the Peruvian Society for Environmental Law (SPDA), said that while “it is very difficult to predict what will come out of this meeting, there is a more hopeful situation that in other COP summits.”

However, Peru is not a good example in terms of protecting the environment. To encourage investment, the government has adopted measures to cut the powers of the Ministry of the Environment with laws such as Law 30230, enacted in July, which reduces the sanctioning and enforcement capabilities of environmental agencies, eliminates zoning, restricts environmental impact studies, hinders the creation of reserve areas and includes non-technical economic criteria to set environmental quality standards, among other measures.

Peruvian spokespersons for the World Peoples Summit on Climate Change, parallel event to COP20 to be held from Dec. 8 to 11, noted the incoherence of having the Peruvian government organize the most important environmental summit yet apply measures that go against environmental protection.

“The government has a double standard in regards to the climate agenda,” said Ibis Fernández, leader of the General Confederation of Workers of Peru.” We see a lack of political will to strengthen the environmental authority. Law 30230 represents a ´packaging´ of norms that makes investment easier without taking climate impact into account.”

Photo: It is urgent to reach a new binding agreement that forces countries to reduce their greenhouse gas emissions (LaRed21 Latinamerica Press)