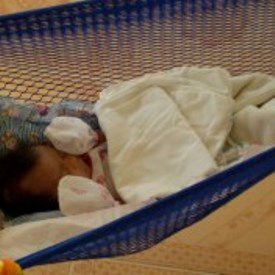 UNAIDS Caribbean is predicting that a Caribbean country could become the first nation worldwide to eliminate mother to child HIV transmission.

It said 13 Caribbean countries are on track to be certified as having achieved the status while three are close to reaching the goal. Over the last decade, countries have successfully increased access to antiretroviral medicines during pregnancy and empowered women to make informed decisions about their health and that of their children.

UNAIDS Caribbean said national validation processes are underway throughout the region to confirm reported rates, making it likely that by 2015 a Caribbean country will be the first in the world to announce that it has ended HIV transmission to babies.

“These successes would not have been possible without political commitment. We need the same will to end mother to child HIV transmission. The question is which country will be first,” he added.

UNAIDS Caribbean noted that before treatment was available, at least one in four babies born to HIV positive women in many Caribbean countries was infected with HIV.

“Today Anguilla, Barbados, Cuba, Guyana, Montserrat and St. Kitts and Nevis all have shown that they have reached the elimination target of below two percent transmission. Bonaire, the Cayman Islands, Curacao, Dominica, Saba, St. Eustatius, St. Kitts & Nevis and St. Maarten have not had an HIV positive baby on record in the last four to ten years, but must finalise their documentation.”

It said The Bahamas, Jamaica and Suriname currently have transmission rates between two and five per cent. Antigua and Barbuda, Belize, Haiti and Trinidad and Tobago lag behind with more than five per cent of children born to mothers living with HIV becoming infected. The Dominican Republic, Grenada and St. Lucia have insufficient information.

“No child living in the Caribbean should be born with HIV. We must look carefully at how we can protect and empower women so that they go to clinic early, get tested, get treated and follow-up with their babies,” Dr, Massiah said.

In the Caribbean more must be done to prevent HIV among young women, sex workers and men who have sex with men. Those already living with HIV must also be able to access the services they need.

A public opinion poll commissioned by UNAIDS shows that the majority of Trinidadians and Tobagonians support giving young people access to age-appropriate sex and sexuality education in schools as well as access to condoms and contraceptives. Additionally, nine of ten respondents think that child abuse and domestic violence are problems. Addressing the lack of knowledge, sexual and reproductive health services and social protection available to young women can help reduce their vulnerability to HIV.

CARIMIS, an online study of men who have sex with men in the Caribbean, found that while respondents who were out tended to exhibit better health-seeking behaviour, those who were not were less vulnerable to homophobic abuse.

“Within the past month of responding to the survey, one in three respondents had been stared at or intimidated and one in four experienced verbal insults or name-calling. One in ten reported being physically assaulted in the past five years,” UNAIDS Caribbean noted.

It said that the polls found that the majority of people disagree with treating others differently because of their sexual orientation and recognise violence against homosexuals as a form of discrimination.

“Public engagement on equality and non-violence is fundamental to not only the security and well-being of men who have sex with men, but also the Caribbean’s ability to end the AIDS epidemic.”