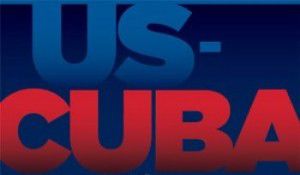 The diplomatic rapprochement between Cuba and the United States has profound implications for both countries and for the inter-American relations system as a whole.

First, this historic event signals a long overdue rectification and the recognition of the Cuban Revolution’s legitimacy by the most powerful nation that has ever existed, after decades of aggressions and hostility. Therefore it represents a well-deserved outcome for the resilient Cuban people, its firm political leadership and for all those across the world that have offered its unconditional solidarity to the Cuban revolutionary process.

But I want to focus here on the possible meaning of this process in the wider picture of U.S. foreign policy.

Historically two main and divergent approaches have contended in order to influence the formulation of U.S. foreign policy: realism and idealism. Even President Barack Obama raised this theme in a controversial but interesting speech last May at the Military Academy in West Point.[1]

In a brief description, realism emphasizes that foreign policy must be centered in national interest and national security considerations, instead of moral and ideological ones. As it establishes a clear distinction between domestic politics and foreign politics, realism advocates for a prudent management of foreign affairs and for avoiding any pretension of moral superiority and missionary tendency to judge and try to change the internal order of foreign societies.

To a great extent, idealism can be described by its opposition to the realist postulates above mentioned. It became one of the main branches in American international thought during the two Woodrow Wilson presidential terms (1913-1921)[2] and its most extreme contemporary manifestations –usually associated with neoconservative conceptions- have paved the way to the well-known doctrines of «regime change», «humanitarian intervention» and «responsibility to protect» applied (only) against the foreign governments disliked by western powers.

U.S. foreign policy has never reflected either of these two approaches in a pure manner, but has tended to assume a complex, eclectic and pragmatic position between both views.

To the American scholar Ted Galen Carpenter, the willingness to restore diplomatic ties with Havana suggests that perhaps the suffocating Wilsonian approach to diplomacy may finally be weakening.[3]

Let us hope that this is really the case and that the reestablishment of diplomatic relations between Havana and Washington will be only the beginning of an irreversible process that can be extended to the inter-American relations system as a whole, through the creation and institutionalization of a general framework of respectful relations among all countries in the Western Hemisphere. If successful, future historians could see this event as a turning point in the U.S. policy towards Latin America and the Caribbean, the true new beginning of the inter-American relations so many times promised by U.S. presidents, including Barack Obama in the Summit of the Americas in Port of Spain in 2009.

The normalization of relations between Cuba and the United States will certainly face powerful and recalcitrant enemies that are already preparing their counter attack to complicate, to halt and eventually, to reverse this process. The personal insults against president Obama and members of his cabinet will intensify. But everything indicates that these forces will not be able to prevail, because they are fighting against an unstoppable historic trend and the most profound social factors acting in both Cuban and American societies that converge toward a renewed relation of normality.

When announcing its new Cuba policy, the White House assured solemnly: «Today, we are renewing our leadership in the Americas».[4]  But that leadership will not be achievable closing a conflict with Cuba just to open another one with Venezuela or any other Latin American country. The tendency towards a more just, proud and united Latin America is another fact of reality that U.S. foreign policy must take seriously into account.

[2] In the history of inter-American relations, Wilson’s government has the record of more military interventions against Latin American nations, particularly in the region of Mexico, Central America and the Caribbean.