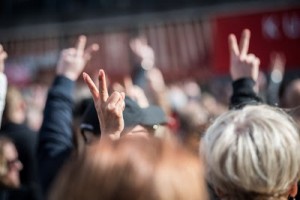 In a 15 September letter to Swedish foreign affairs minister Margot Wallström, World Council of Churches (WCC) general secretary Rev. Dr Olav Fykse Tveit expressed strong support for religious leaders in Sweden who have requested that Sweden take part in the next step towards entry-into-force for the Treaty on the Prohibition of Nuclear Weapons, which opens for signature on 20 September at the United Nations.

“Sweden has been leading international efforts in this area for many decades and in continuation of your traditional position as a strong advocate for measures to ensure global peace, we ask that your government joins in signing the accord on that day, and, if possible, becomes one of the first states to ratify it as well,” the letter reads. “States with nuclear weapons continue to fail to negotiate nuclear disarmament.”