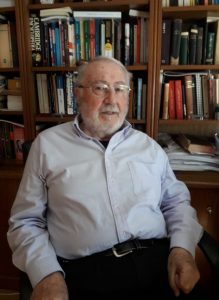 It’s always been within the priorities of WACC the interest to create, between the organisms from different parts of the world dedicated to communication, a sustained flux of information that would let reflect activities and plans in the religious and sociopolitical contexts in which they are immersed. It is known that, in the world of mass media communication, the centers of power have always been the ones who determine what’s information and what’s not. This way what they tend to communicate is limited to a biased view of reality which, generally, benefits it’s emiters. From this that the creation of regional agencies was peremptory.

For years WACC has fought to develop these agencies with localised centers in key locations like Latin America, Africa and Asia. In some countries, groups were trained to face and share information about their own history. The project was debated but nevertheless, in the ecumenic field, the view that the training hadn’t matured enough in various regions prevailed, which led to the decision to  establish a specialized central agency as a source of information at an international level. In many ways the information that it provided, as it was expected, was concentrated in central nuclei with limited information about what was happening in the periphery.

In Latin America the idea that communication is a right of humanity and communities prevailed. It was them who had to produce and distribute their messages, denying stereotypes and expressing respect towards minorities and those displaced by society, giving a significant platform to gender issues. That’s why to avoid the subjugation of any interest that ignores or glosses over the needs of the people.

The support for the development of a communication agency for Latin America and the Caribbean counted with, from the beginning of this adventure, the support of WACC because it reflected the basic postulates that make the essence of communication in churches. Because, as WACC once affirmed, communication “must be considered a fundamental element by the churches by which the love of God is received ad shared, that thus creates communion and community.”

On their 25th anniversary we are happy to announce that these principles have been kept throughout the life of ALC, even in difficult times, with a solid work team like a highly valued testimony, that has been enriching the solidary relation of groups, their fights, goals and plans, increasing the communitary ties.