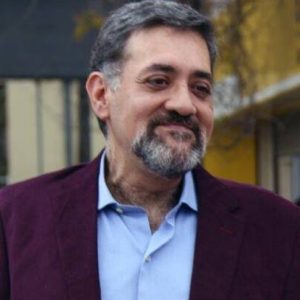 Always one of the data points that we find the hardest to work with through all the daily work that takes place with effort towards a social, political, cultural and religious cause and with low remuneration (which implies low staff, and a scarcity of permanent funds to do all the work), is deeply connected to us being able to realize that as well as the same identity framework (as genesis of our organizations) raises challenges of change in our institutional culture, works as a brake and framework of containment at the same time, to ideas and activities that as novel as they may be don’t seem to us like they’ll advance, or at least that they don’t do it in the desired time frames.

This is part of the landscape of the Agency on its 25 years of life. The same plural and diverse representativity from the range of ecumenical and faith based organizations that grew from a few original ones to 10 members on its board of directors and 20 continental and international strategic articulations, today come together in thought and action and implement different communicational actions and at the same time with a shared horizon and a path forward.

However, given that the different organizations members of the consortium of the Latin American and Caribbean Agency of Communication are largely aware of this dynamic – differences and different times of organizational action-, they keep supporting the joint growth of their own weaknesses. So was said during the last Continental Meeting held in Sao Paulo (Brazil) during September 2018: “…it’s our weaknesses the ones that we assume as being part of the process carried out more than 25 years ago by many of those present prophetically founding ALC News, and in which we add today more organizations, which will let us make out the strength of our union and the shared struggles. The voice of the weak is cared for by God in his creation and responsibility of His people every day, of us, of our organizations”.

This way, and with this expression not only of desire but also consistent with the paths followed in political actions taken during those 25 years, ALC News built a range of continental representativity that continues to be our biggest challenge and gift at the same time.

Just like we quoted before, ALC News had its last General Continental Assembly in Sao Paulo, Brazil from the 28th to the 30th of September of 2018 coinciding with the massive manifestations held in many places of the country against the candidate Jair M. Bolsonaro to the scream of “Ele nao”. The whole meeting had the time t walk and take part as ecumenical religious in the continent with their own flags and slogans, while it had a seminary of reflection about the advances of the neo evangelist movements in charge of our friend and Doctor Magalí Cunha do Nascimento, contributing from the communication to the deep study of the relations and motivations that move these faith groups and the far right movements of the region.

ALC NEWS being the only Agency of Communication of its kind in the ecumenical field not only on the continent but also worldwide, can and is capable of, by the political will of the member organizations that take part in it, being able to dispute communicational senses with mass media in the region, but also of making a real dispute of communicational hegemony creating an agenda setting different from the massive consumption of information that this media makes.

Others have been making this dream possible before and I don’t want to stop mentioning my predecessor, Enrique Zerbin in the direction of the Agency, shoulders of projection over which even today -despite his passing- I keep standing on, to look beyond, what lays ahead. And particularly name and honour the work of Claudia Florentin who for more than 12 years has been working constantly beyond the required times as editor in spanish first and then, as general editor without whose work, this agency would largely not be what it is today.

Lastly, paraphrasing the great guatemalan poet and theologian Julia Esquivel, there are things that to be seen, must be believed. Thus we work day to day with this conviction, adding, projecting, envisioning what only faith lets us see.