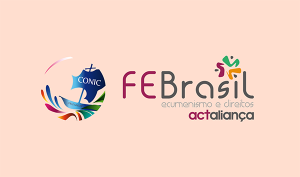 Over 150 organizations and social movements in Brazil made a public statement to denounce Bolsonaro’s calls for public demonstrations against the Brazilian National Congress and the Supreme Court, which violate constitutional principles.

The ACT Forum Brazil joined the call, as well its ACT members.

Find the statement below:

“The Rule of Law is conducive to the strengthening of democracy and democratic institutions, it guarantees the protection of human rights , freedom of expression and the fight against social inequalities. All institutions and citizens are called to commit and engage in the promotion and protection of such values.

It is unacceptable that the President of Brazil Jair Bolsonaro, participates in actions that endanger those democratic pillars, calling for public demonstrations against the National Congress and the Supreme Court. Such attitude clearly violates a number of constitutional principles such as the subsection II, article 85 of the Brazilian Constitution which states: “The crimes of responsibility are acts of the President of the Republic that violate the Federal Constitution and, especially, against: II – the free exercise of the Legislative Power, the Judicial Power, the Public Ministry and the Constitutional Powers of the Federation Unit “.

Attacks on democracy and social stability by the highest national authority cannot be tolerated or minimized as “personal statements.” It is urgent that our democratic institutions respond vigorously to these unacceptable behaviours and promote constitutional responsibility. We also hope that civil society organizations will participate in the establishment of a large coalition to defend democracy, freedom, the Rule of Law and guarantee the human rights for all Brazilians.”