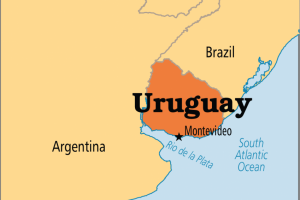 The Lutheran World Federation (LWF) and the Evangelical Lutheran Church in America (ELCA) have expressed their gratitude to the Uruguayan government for accepting six detainees held for 12 years at Guantanamo Bay as refugees.

“On top of the teaching of our faith to welcome the stranger, the protection of refugees is also an international obligation for states under international law,” said LWF Advocacy Officer Ojot Ojulu. “In this regard, Uruguay’s decision to receive the Guantanamo Bay detainees should be applauded.”

The six men – four Syrians, a Palestinian and a Tunisian were detained as suspected militants with links to al-Qaeda in 2002 but were never charged. The U.S. has struggled to find countries willing to take the detainees after they were cleared for release in 2009. Uruguayan President Jose Mujica offered to take the men as a humanitarian gesture and said they would be welcomed in the South American country, which has a tiny Muslim population.

“In taking seriously the moral imperative to welcome the stranger — something that the United States has been unwilling to do with Guantanamo detainees who pose no threat to national security nor to the communities to which they would be resettled — the Uruguayan government has displayed leadership and is a positive example to the U.S. and the rest of the international community,” said Stacy Martin, Director for Policy and Advocacy at the ELCA.

“Uruguay’s actions are to be commended. Lutherans, whose collective commitment to welcoming the stranger is evident in both our teaching and practice, are especially grateful to the Uruguayan government for opening its doors to these individuals.”

At the 2014 Council meeting in Medan, Indonesia, the LWF issued a statement underlining its commitment to Welcoming the Stranger, an initiative endorsed by many faith-based and secular organizations.

“We see today that Welcoming the Stranger is necessary as ever before in our world. It is part of our duty to act with love toward those in need, regardless of their religion, gender or nationality,” the statement said. “We note that there are an increasing number of refugees in the world. Whether migrants, refugees, or those marginalized, all need our solidarity and support.”